Koha Cups – a sustainable way to get your coffee fix 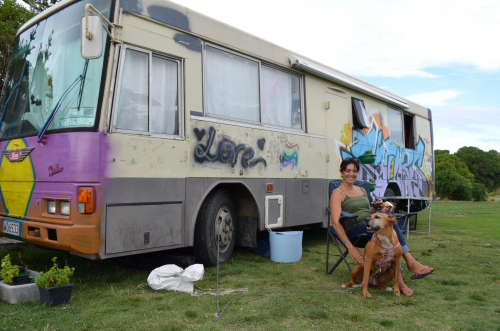 Self-proclaimed ‘Waste Warrior’ Zeb White and her Koha Cups initiative has caused a buzz about the town.

Since launching just last month, more than 240 mugs have been donated at cafes and collection points throughout Napier and Hastings, giving coffee goers the option of a free reusable mug rather than taking away a single-use coffee cup, and therefore reducing the amount of waste sent to landfill.

Zeb admits the Koha Cups idea sat with her for a couple of months before she convinced herself to run with it. Now she’s overwhelmed by the positive response Koha Cups has received and is halfway to her goal of collecting 500 cups!

“My number one rule is that if I don’t have my own container or cup, I can’t need it that badly, so I was kicking myself every time I forgot my coffee cup and really wanted one!” Zeb says.

“That’s when I thought it would be cool if you could just take the cup away with you. People can bring them back next time they get their coffee or keep them – whatever suits.

“I’m really excited Koha Cups has taken off so quickly.”

Zeb, who works at Ngāti Pāhauwera Development Trust in Napier, says she’s always been passionate about sustainability and living an eco-friendly lifestyle and Koha Cups is an extension of that. She credits part of her upbringing in Whangara, north of Gisborne, where she grew up in a home with no electricity or running water.

“My childhood involved a lot of home-kill meals, vegetables from the garden and handwashing clothes in the bathtub. We had to drive half an hour into town to fill up our bottles of water. That has impacted on how I live today.”

Zeb lives in a house bus and moves around freedom camping sites in Napier and Hastings, emphasising the sites by the ocean are her favourite.

“My kaupapa is not about Reduce, Reuse, Recycle, it’s ‘Refuse’. Don’t put it into circulation in the first place. Even recycling has a carbon footprint.

“I always take my own containers to get my food, whether that’s from takeaway restaurants or food shopping. I shop at the Farmers Market and Bin Inn where you can take your own jars and containers and if I can’t find what I need from there I go to the supermarket.

“At the supermarket, I go to the bakery section and get paper bags and use them for all my bulk foods, fruit and vegetables and again use my own containers for meat. I get a lot of questions from supermarket staff but when I explain my reason, they are very supportive.”

Zeb’s vision for Koha Cups is for it to become a “social norm” and eventually run itself. So far, supporting cafes include:

Donations of clean, unchipped mugs can be dropped off to: