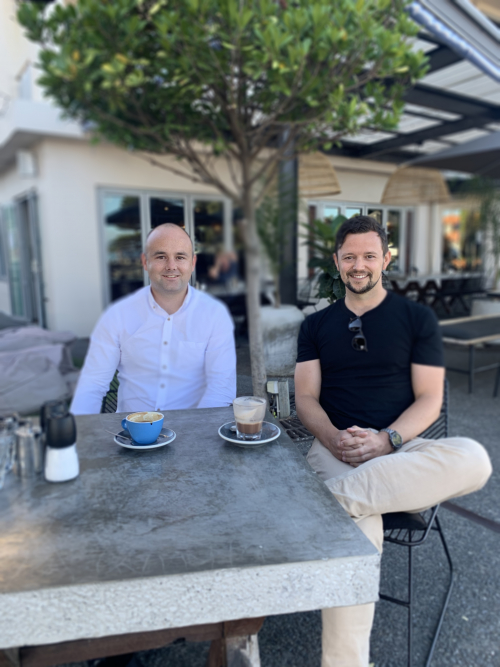 It’s fair to say Matt Finlayson and Nathaniel Wright are pretty good mates. The 30-year-olds met at Napier Boys’ High School and have been friends ever since. They still play in the same football team some 12 years later.

Now the friends and teammates have become business partners as they’ve embarked on an exciting new venture by launching BidList, an online real estate platform that sees agents bid for house listings.

The idea came in 2019 when Matt was selling his home and came to realise the huge amount of time involved in scoping different real estate agents and their various commission offers.

Matt and Nathaniel subsequently got to work on a basic website that enabled vendors to list their home citing as many details as possible, and once submitted, the listing is distributed to all agents signed up to the site.

“We knew a couple of people selling their homes at the time so we put them through the system to trial it,” Matt says.

“We approached all the agents in the area where the homes were being sold, and we got a good hit rate with it.”

Nathaniel says they wanted their platform to work for both agents and vendors.

“People are busy – they don’t have time to go out and meet agents, so this puts agents in front of them instantly. It also helps connect agents with home owners they may never have had the opportunity to meet,” Nathaniel says.

“People want different things from agents. Commission matters most for some while agent rapport and estimated sale price matters for others. Agents use different strategies and this way the vendors get a good snap shot of what is available.”

BidList is unique to any other website of its kind as there are no registration or listing fees, with the agent only paying a small fee if successful in selling the house. With Napier being Matt and Nathaniel’s hometown, they chose Hawke’s Bay to launch and trial the website first.

Jono Nicholson, from Ray White Real Estate, says he has been using BidList for three months and it has allowed him to obtain listings that he wouldn't normally have obtained because he had no connection with the owners.

“I recently connected with a property investor who owned a property nearby where I live,” Jono says.

“I secured the listing as a result of using Bidlist. The owner gave me a 10/10 for their experience working with me and the purchaser is now one of my neighbours and we catch up all the time. It was a great experience all round.”

Matt and Nathaniel say they have invested a considerable amount of time and money into their new business, working late nights and weekends as they both work full-time – Matt as a funeral director and Nathaniel as a sales manager in the industrial electrical industry. Matt also has a young family and Nathaniel is planning to get married – to Matt’s sister!

“Our ultimate goal is for BidList to be used nationwide and change people’s mind-sets on how they find an agent.”